I recently picked up a CC3D because I figured that I had tortured myself enough dealing with Arduinos and MPU6050s.  At this point I feel no shame in buying an off-the-shelf flight controller.  I chose the CC3D because it still runs open source software ( OpenPilot, or alternatives like CleanFlight ), and it's cheap!   Amazon has them for about $20.

Out of the box it wasn't too hard to figure out.  It was clear where the speed controllers plug in, and a little cable is provided to hook up your radio receiver.  I couldn't believe how simple and neat the connections looked.

OpenPilot comes with its own desktop configuration software, called the Ground Control Station.   It looks really nice, and works far better than the counterpart I was using with AeroQuad.

( On a side note, it seems like I joined the AeroQuad party somewhat late. I'm not sure that anybody is actively developing the project anymore. )

The GCS even has a 'Vehicle Setup Wizard', which I swear, is the first wizard I've ever used that actually worked like magic.   It runs you through configuring the vehicle, calibrating speed controllers, and establishing a base throttle level.

I particularly like the screen for the tricopter tail servo setup. It allows the minimum and maximum positions for the servo to be established, and where the mid point should be.  It is nice to see such attention to detail given to tricopters.

The options available for flight modes are pretty diverse. I watched a video that did a great job of explaining the nuances of Ratitude vs Attitude+, etc.

I'm still only using Attitude ( stable ) mode, but I want to do more practice in Rate mode soon.  So far I can tell that Rate mode is excellent for crashing your drone on it's head.  (  head first flops in particular - because you don't get far off the ground before your flip it - but only half way - on its head )  More on learning to fly later.

All plugged in, all configured, all green lights.  I took it out in the back yard - and it flew.  It was almost unfair how effortless the whole thing was. After going through so much trouble, this seemed too easy.

I felt that the response was a little squishy, which is just the default tuning.  The GCS allows for all kinds of tweaking.  In general it felt forgiving.  I think that it has heading hold by default, or at least it seems like it does.

I was so impressed that I bought the smaller model, the Atom.  It's about the same price, and with a case it is not really that much smaller.  I have the full size CC3D on the big tricopter, and the Atom on the small one.  I realize now that the 'bent pin' style is better, because then your ESC wires don't stick out so badly.

The Next Frontier - FPV ?

I bought a camera and 5.8g transmitter / receiver setup.  I'm certainly not calling it FPV yet, but I have done a few 'video assisted' flights.  So far the limiting factor is the tiny monitor that I have, and the fact that my ground control station is a cardboard box. 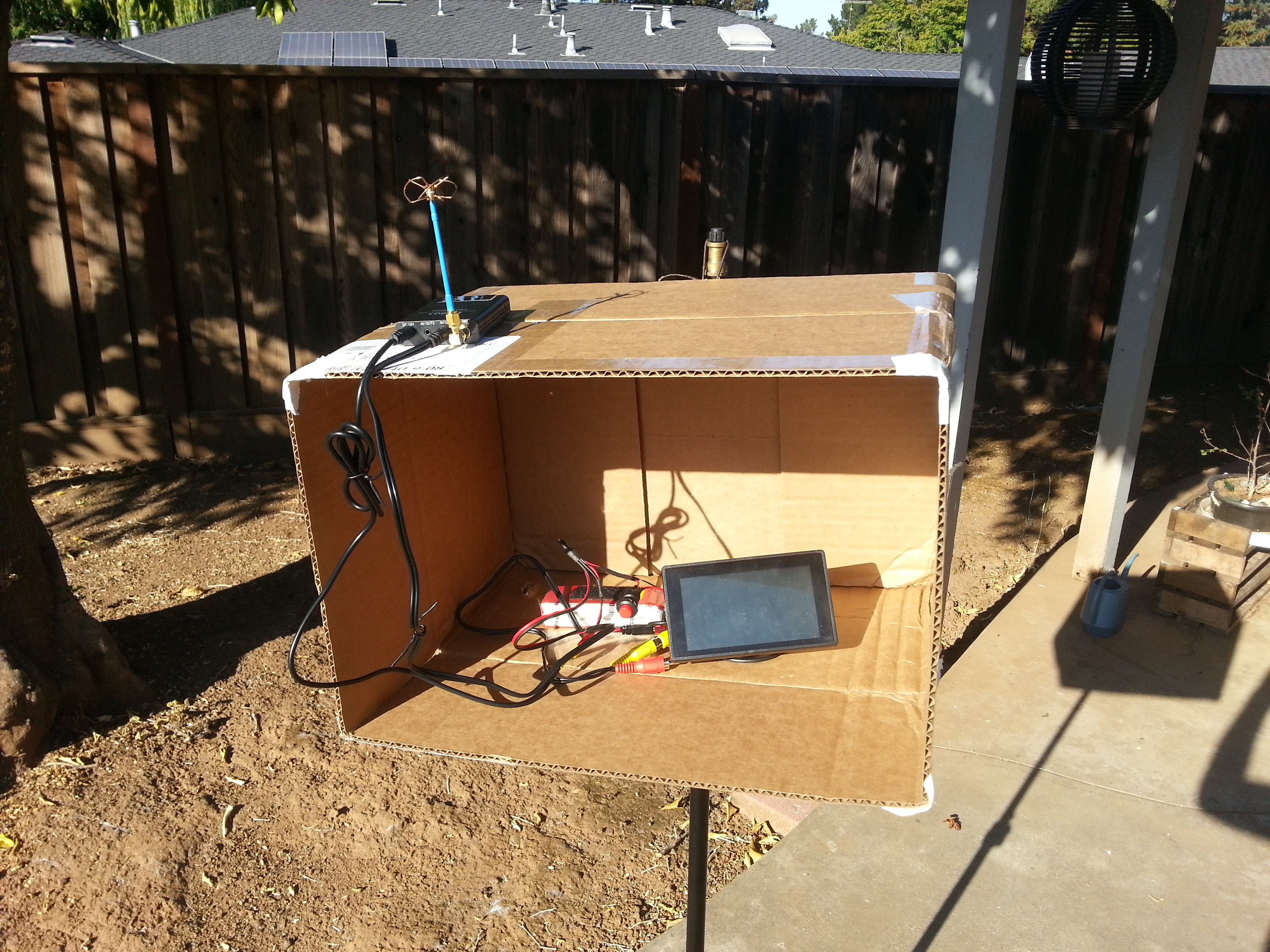 This monitor is not going to cut it. Everything here is being powered by a 3S Lipo.

I finally found a small flat screen on Amazon that has all the inputs I wanted.   It's 10.1 inches and has composite, HDMI and VGA. 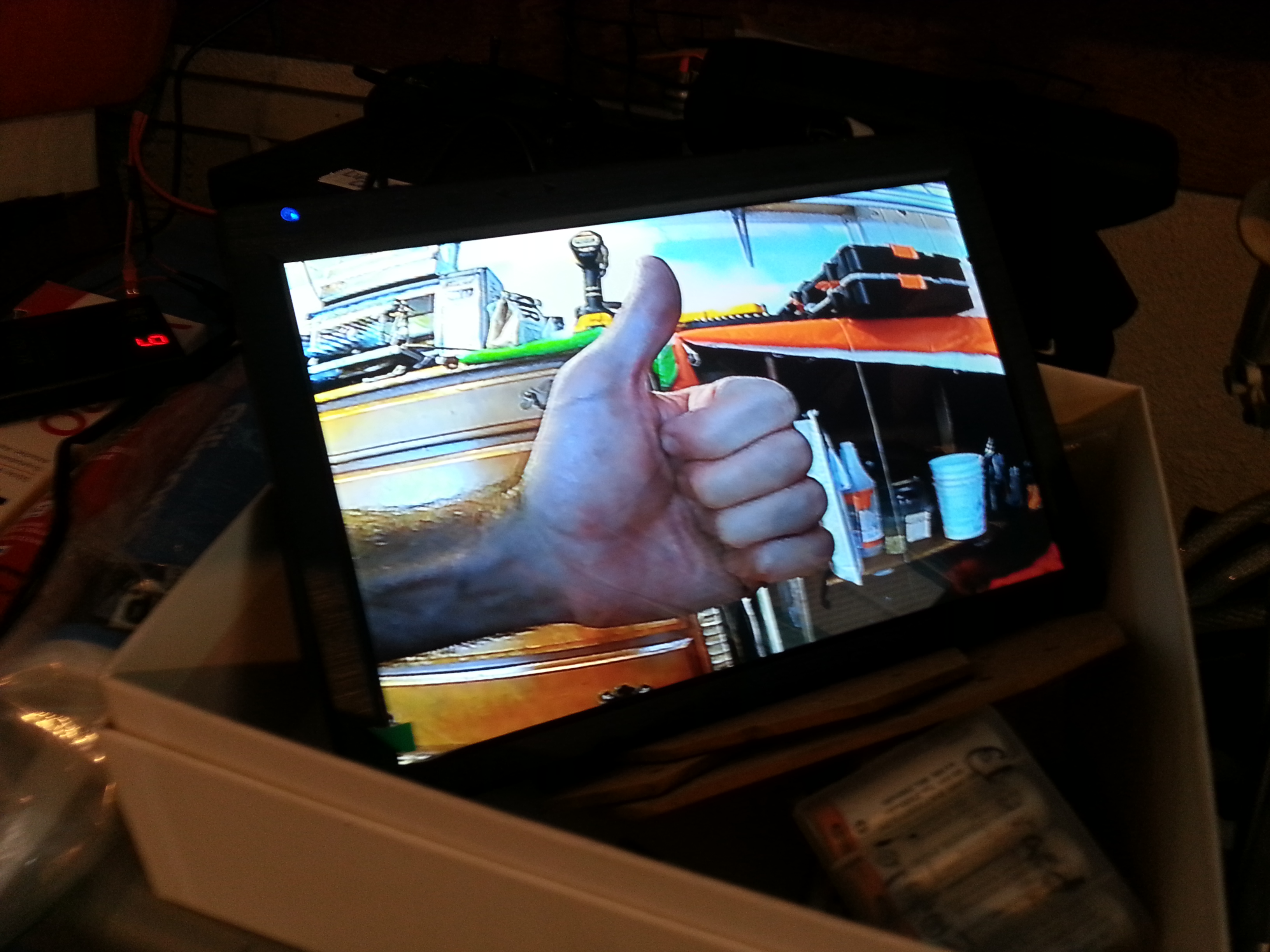 Clover antennas are the way to go. 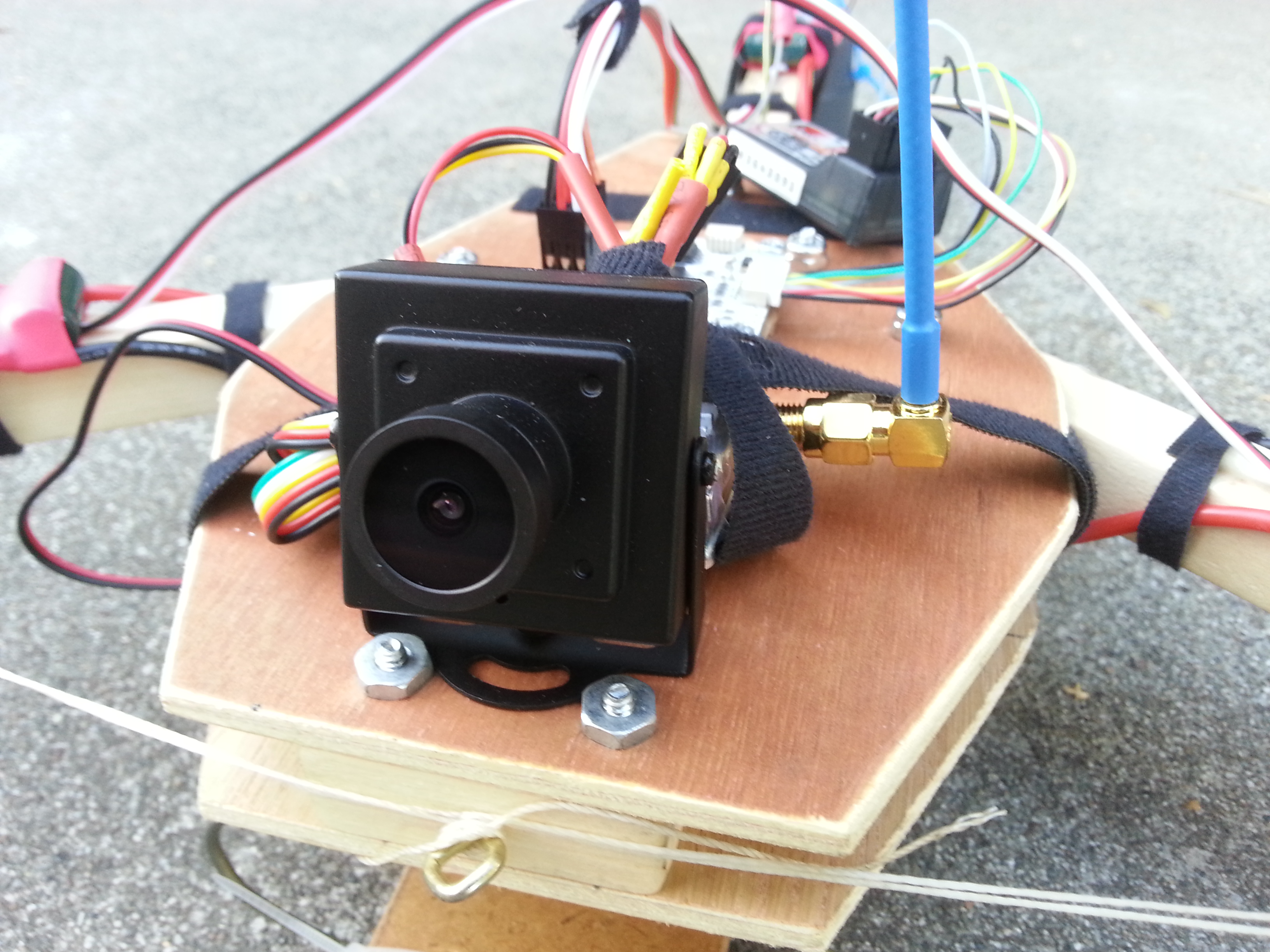 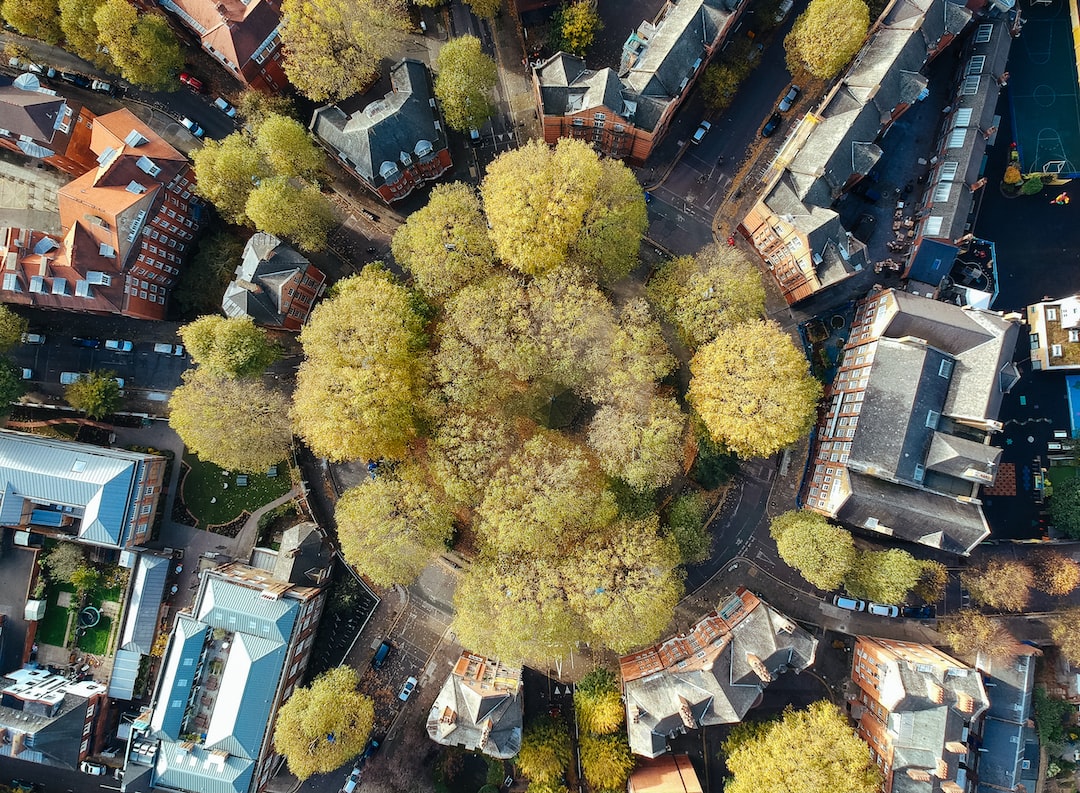 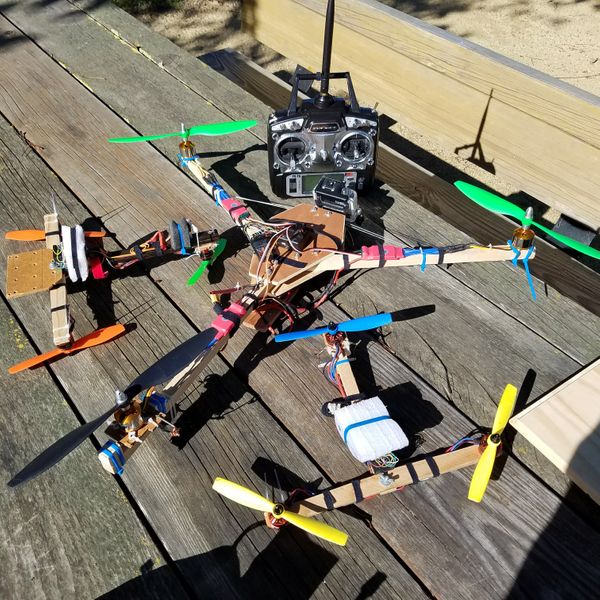 Yaw Control Recently I have been having a hard time holding a consistent heading after taking off. The first version of the frame was short lived Yaw is movement along