Recently I have been having a hard time holding a consistent heading after taking off. 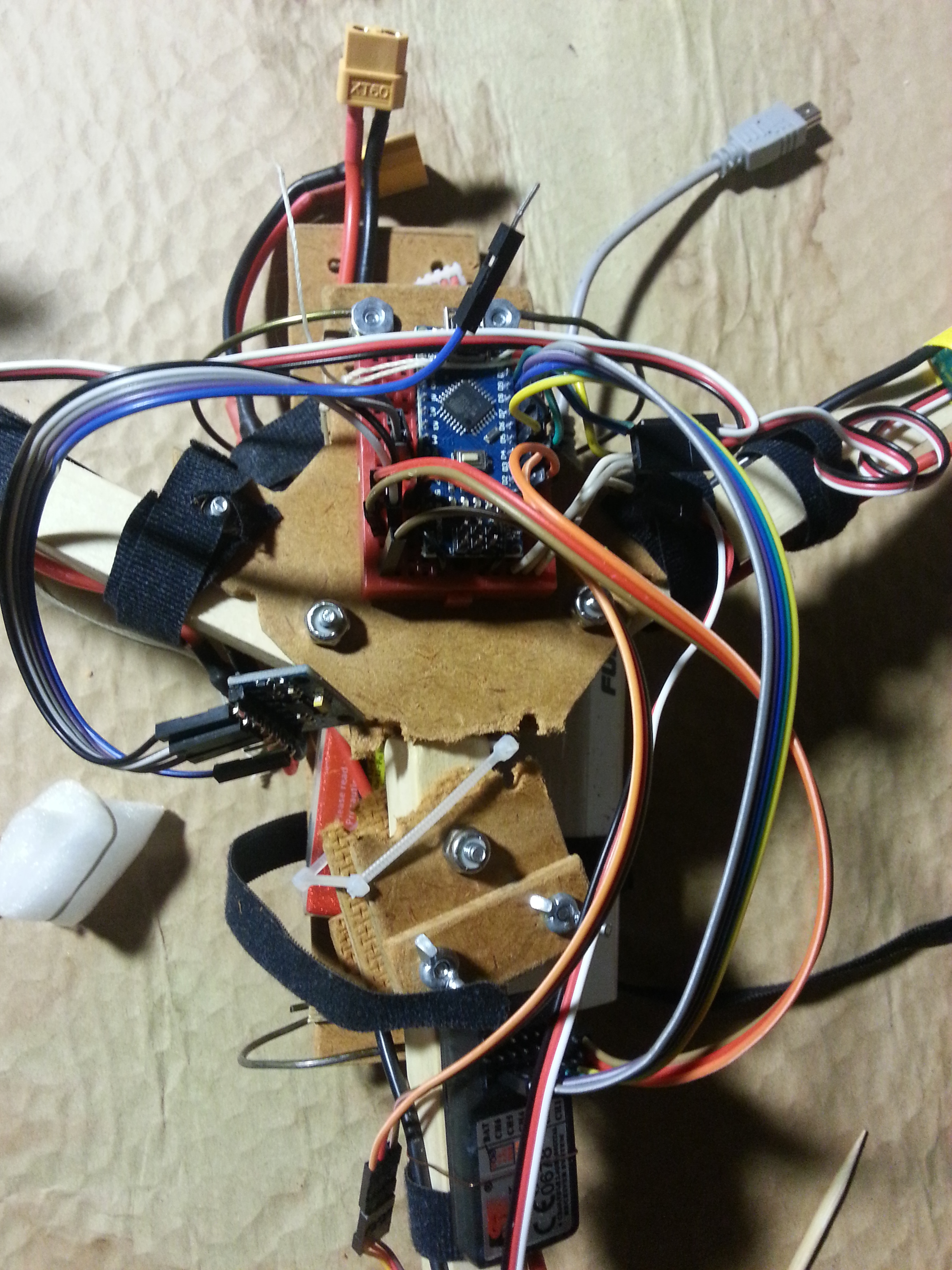 The first version of the frame was short lived

Yaw is movement along the z-axis, or like turning to the left or the right.   If the craft were a camera, it would be the equivalent of panning.

On a quad this type of movement is accomplished by varying the speeds of certain motors.  This allows the spinning force generated by the faster set of propellers to produce the yaw.

On a tricopter is isn't possible to cancel out the spinning forces generated by the props, because of the odd number of propellers. Even with a counter-clockwise rotating prop, there will still be an overall tendency for the craft to spin counter clockwise ( or to the left ).  This can be overcome by building a small offset into the rear propeller's tilt, in my case to the left.  This provides the extra clockwise force needed to hopefully maintain a consistent heading.   From there I figure I'll be within the range of being able to adjust it with my transmitter's trims. 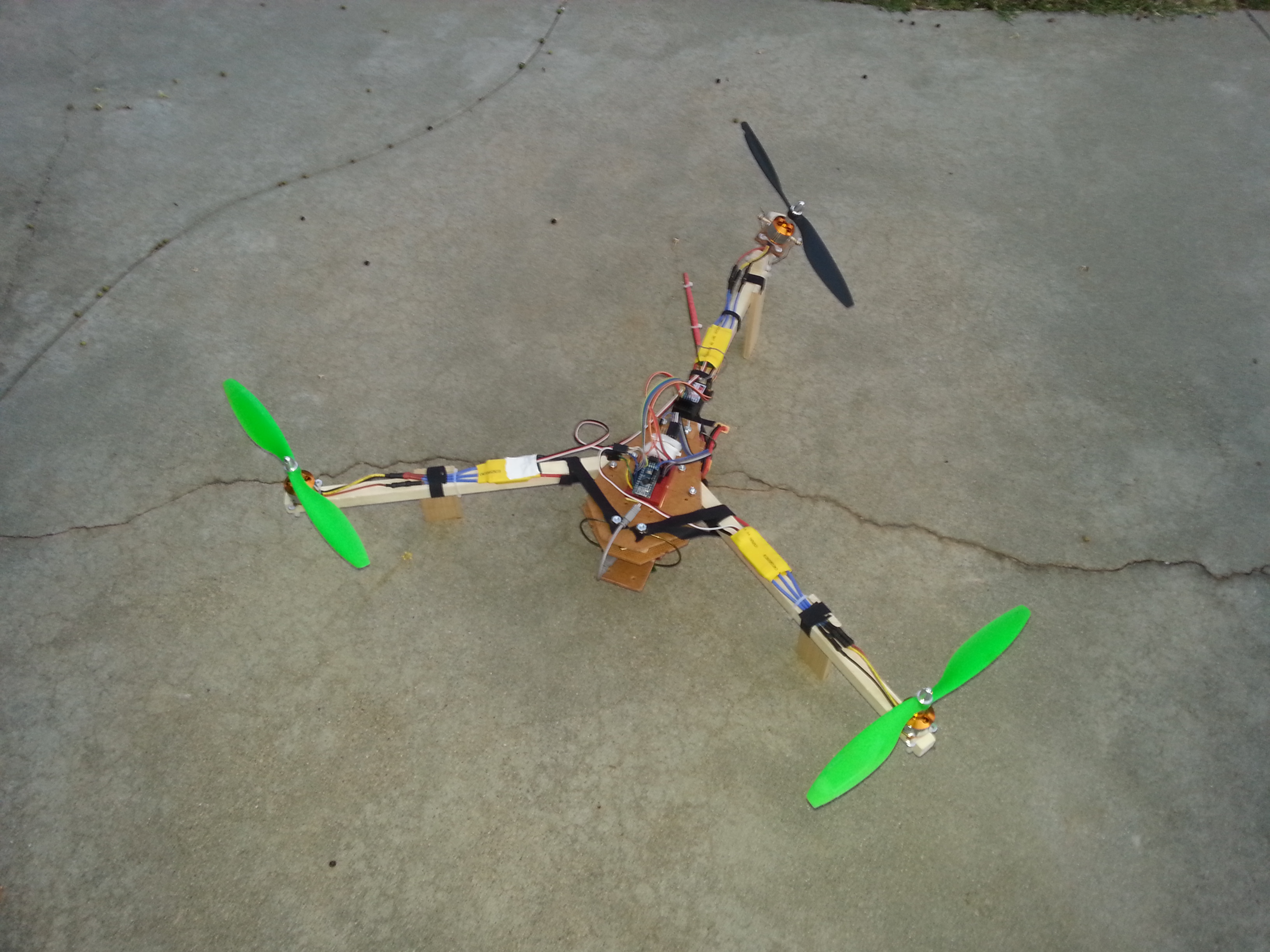 The black prop in the rear is the CCW one. Having the green ones in the front is supposed to help spot the orientation

So all of that sounds good in theory, but in real life I had this thing spinning around in a death spiral.

It seems that I finally have it all figured out.

I checked and double checked a lot of things to get this stable of an outcome, including improving the sensor mounting. 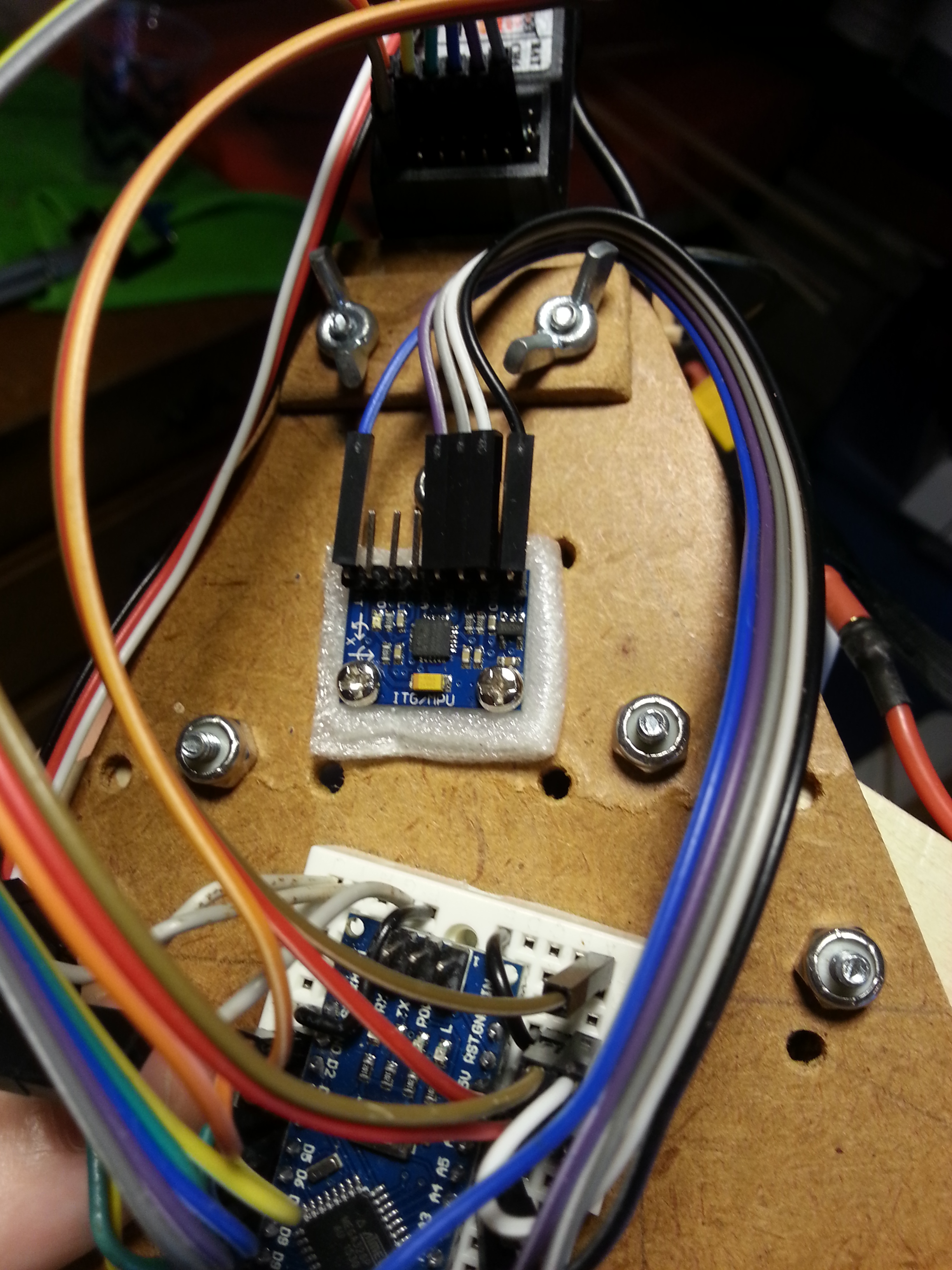 The MPU6050 screwed straight into the frame peg board. A little foam dampen vibrations.

Here's an example of a high-altitude test. There were some pretty serious headwinds, but this was still a ton of fun.  Around the 3 minute mark is a high altitude view of where I went to high school.

I even landed it nicely. 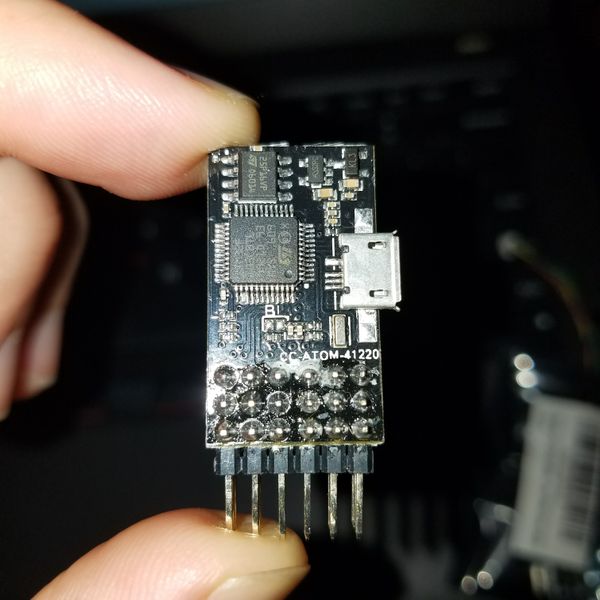 I recently picked up a CC3D because I figured that I had tortured myself enough dealing with Arduinos and MPU6050s.  At this point I feel no shame in buying an 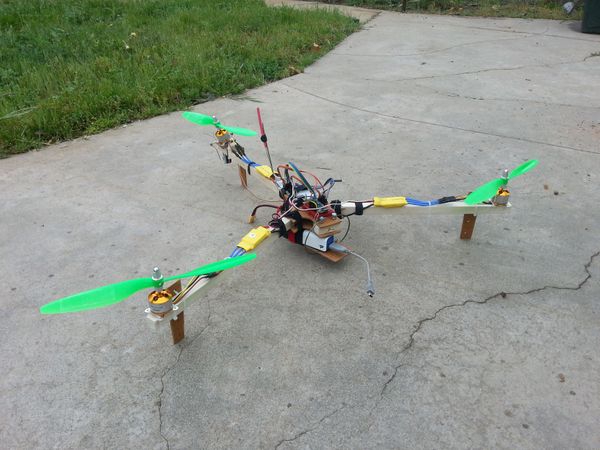 It's alive! The scratch, open-source, arduino-powered tricopter has taken to the skies.